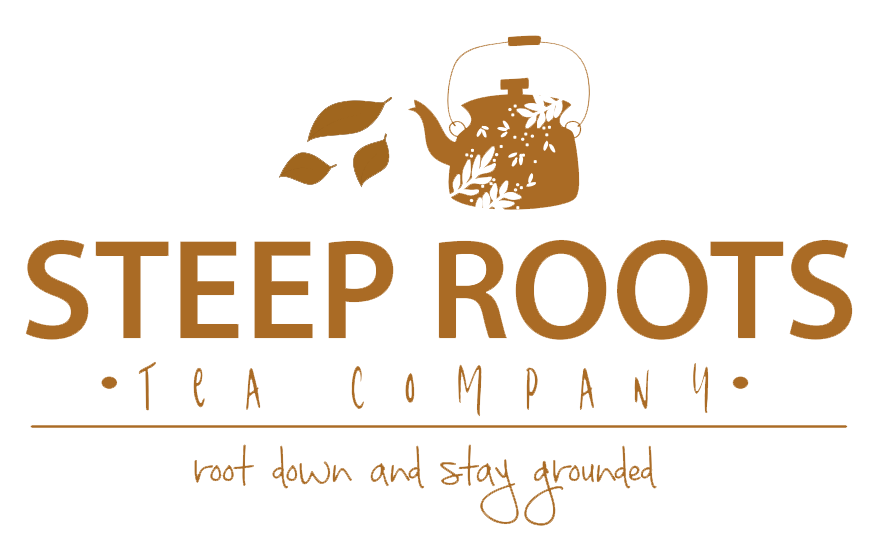 Caffeine in Tea: Pro’s and Con’s to Our Favorite Stimulant

Caffeine in Tea: Pro’s and Con’s to Our Favorite Stimulant 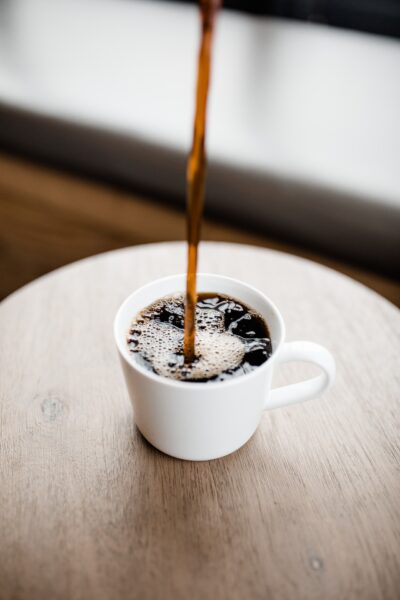 With over 80% of the world reaching for that morning cuppa Joe or Tea, it is no wonder why one might question the health risks and benefits of consuming caffeine on a daily basis. How many cups is too much? Are there different types of caffeine? What is the difference between the caffeine in coffee and caffeine in tea?

So what is caffeine?

Caffeine, the most widely used substance in the world, is a stimulant affecting the central nervous system. Its main component is trimethylxanthine, which breaks down into three other compounds: paraxanthine, theobromine, and theophylline. Caffeine acts as a diuretic and raises blood pressure as it stimulates our central nervous system by blocking adenosine (chemical messenger) which helps block the part of the brain that controls arousal and sleep, thus allowing us to stay up later. Because it is a stimulant, caffeine users can experience a “high” in energy. Too much caffeine can cause: jitters, anxiety, dehydration, sleeplessness, and an increased heart rate. Just like other drugs, caffeine users can build a tolerance as well as go through withdrawal symptoms.

The effects of caffeine on an adult can be observed clearly after about 10 mg is consumed. However, the amount of coffee or tea required to reach this dosage greatly differs from person to person (the amounts are different from the type of coffee or tea as well). Espresso beans, for example, contain about 100-120 mg of caffeine. You can see that, if you want to reach the same dosage as 10 mg of caffeine, you will need to drink 1.2 to 3 cups of coffee in order to achieve that amount (this would be an average). Tea, on the other hand, contains about 40-60 mg of caffeine (depending on the type of tea you are drinking). The concentration of caffeine per serving also varies according to the type of drink and how long it is prepared for; the longer it is kept for, the higher the concentration may be.

So what happens after caffeine hits your system? In people who have never consumed caffeine before, one of the first effects to be felt is an increase in energy. You will feel more energetic, but like you are on sugar or other energizing substances. However, after about an hour or so, you may feel tired even though you haven’t done anything. Caffeine also increases heart rate and blood pressure as well as metabolism. In people who have had caffeine regularly, stress levels can increase because of the reaction to caffeine. Caffeine can cause anxiety, and if one craves caffeine or uses it heavily, a reaction can occur that is similar to an anxiety attack (known as a panic attack). There are other drawbacks as well: caffeine may be addictive in some people. Chronic caffeine use can lead to withdrawal symptoms, such as headaches, mood swings, anxiety, nausea, and dizziness.

Before you become terrified of your favorite morning beverage, let us remind you that moderation is key!

You may be wondering, what is the correct amount of caffeine to be drinking daily? In fact, it is not known exactly how much caffeine an adult is supposed to consume per day. This is because there are many factors that would affect the amount of caffeine in a person’s body (e.g. weight, type of food consumed, time of consumption). The general consensus is that, if you want to consume caffeine in moderation, most sources suggest no more than 400 mg per day (which is equivalent to about 4 cups of coffee). If you want to avoid “jitteriness” and “jitters,” no more than 300-400 mg should be consumed. This is if you are not a regular caffeine user or you do not have a medical condition (e.g. heart issues). If you are an individual with health conditions, the general consensus is to avoid or limit your intake of caffeine to 200 mg per day (about 2 cups of coffee) and consult your doctor if you have any doubts. 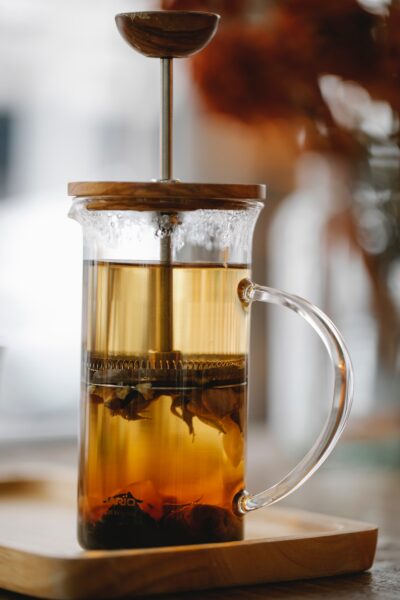 Still worried about your caffeine intake? Try switching to decaffeinated options or adjust your tea brewing technique to lessen the caffeine! (more on that soon!)

The benefits of caffeine related to its effects on health levels can be observed in various studies:

In 2008, a study was conducted on the effects of caffeine in both men and women. The subjects had their caffeine intake recorded every week over a period of three years, which ended up with 2,221 individuals drinking an average of 3.1 cups (or 12 mg) of coffee or tea daily. It was found that men who drank more caffeine than this had lower mortality risks and developed less anxiety disorders as well.

Another study of a group of 1,000 Swedish people found that those who drank three or more cups of coffee a day had lower risks of diabetes. And in another study, it was found that the consumption of caffeine reduced the chances of developing Parkinson’s disease.

Caffeine also has properties such as protecting neurons from damage and removing inflammation, which increases its cognitive benefits.

The differences between the caffeine in coffee and in tea:

The caffeine from tea comes from the leaves of a bush or tree (to be specific, the Camellia sinensis plant, which comes from China, Tibet, and northern India), whereas the caffeine from coffee comes from the coffee bean plant’s berries’ seeds (these seeds are picked by hand before being dried and roasted to create the flavor profile we enjoy so much). These plants have caffeine in them, but also a variety of other important vitamins, minerals and phytochemicals.

Both coffee and tea contain caffeine. Take a look at how they differ:

So why are caffeine and tea considered to be like night and day? The biggest difference between the caffeine in coffee and tea is how they release the stimulant; coffee acts much quicker, whereas the caffeine in tea reacts gradually. The reason for this is that in tea, caffeine binds with an amino acid which causes the stimulant to be released much slower.

Much like coffee, there are different types of tea. In addition to the caffeine found in all black teas, green and white teas contain varying levels of other compounds such as caffeine, tannin, theophylline and theobromine (also known as chocolate). The amounts of these compounds vary depending on the type of tea used and where it is grown.

Green tea contains high levels of caffeine. A cup of green tea can contain anywhere between 20-100 mg of caffeine per cup or more. Black tea, on the other hand, is often thought to not contain as much caffeine in comparison to green and white teas. In fact, some black teas are actually high in caffeine (about 45-80 mg per 8 oz cup).

If you are trying to lessen your daily caffeine intake, do so gradually. We recommend switching from coffee to tea! By switching to tea, you can spread out the release of caffeine in your body, and so, lessening the caffeine “crash” that comes after the high is gone. By opting for tea, you can also choose from a variety of different teas with different caffeine levels and other health benefits (our “Elevate” is a blend of green and black teas that also has properties to aid in digestion).

Did you know that most caffeine is released within the first minute of brewing? That being said, after you pour your hot water over your loose leaf tea, discard the fluids, and begin pouring the hot water over your tea again. In this process, over 80% of caffeine is removed! And don’t worry, if you are using loose leaf tea (not tea bags), you can get two to three cycles out of each serving of tea. For even less caffeine in your tea, remove your tea within three minutes of steeping. For more caffeine, allow steeping for up to five minutes.

To conclude, caffeine is a very interesting stimulant that most of us know, love, and are constantly in need of. There are different ways of getting that caffeine into your bloodstream; coffee is quick and in a rush, and with tea, there is a much slower release. If you are trying to reduce your caffeine intake for health reasons, try opting for tea and controlling your caffeine levels by practicing different brewing methods or finding blends with less caffeine overall!

Want to give it a try? Here is a list of our caffeinated loose leaf tea blends: 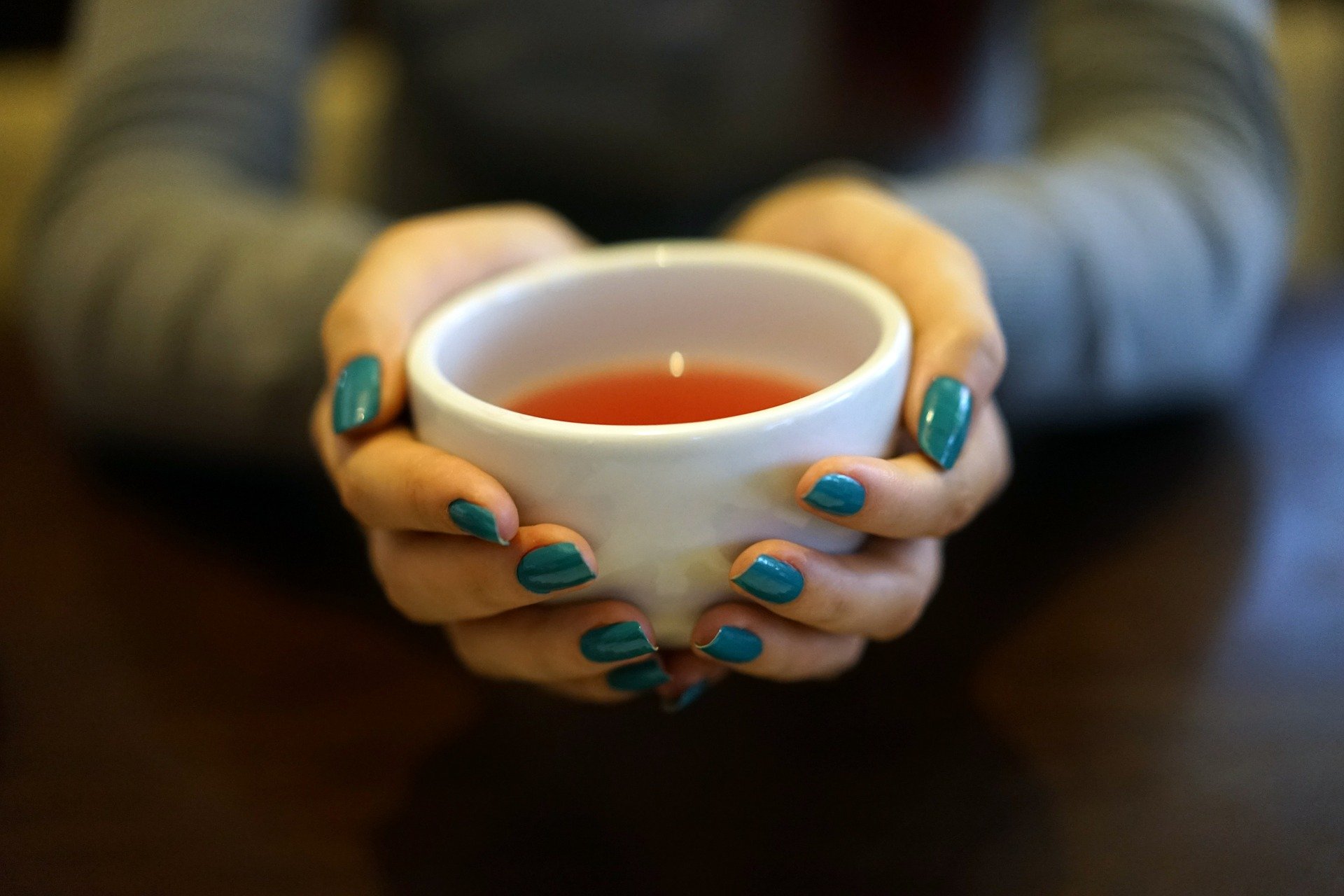 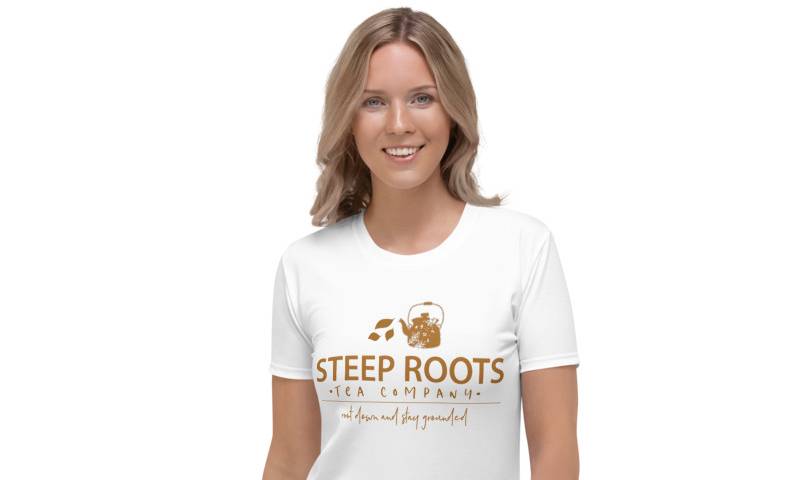 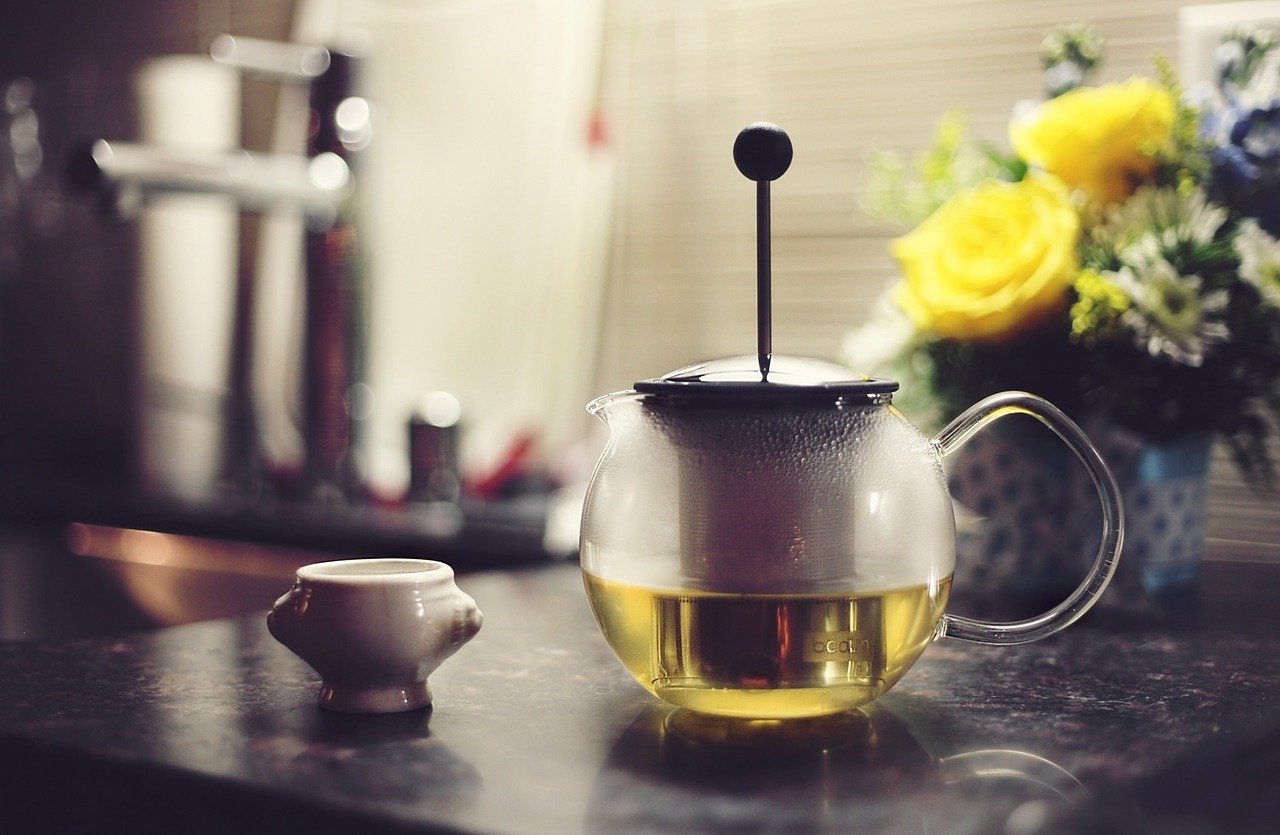